Edward Jones: Faith in the Game 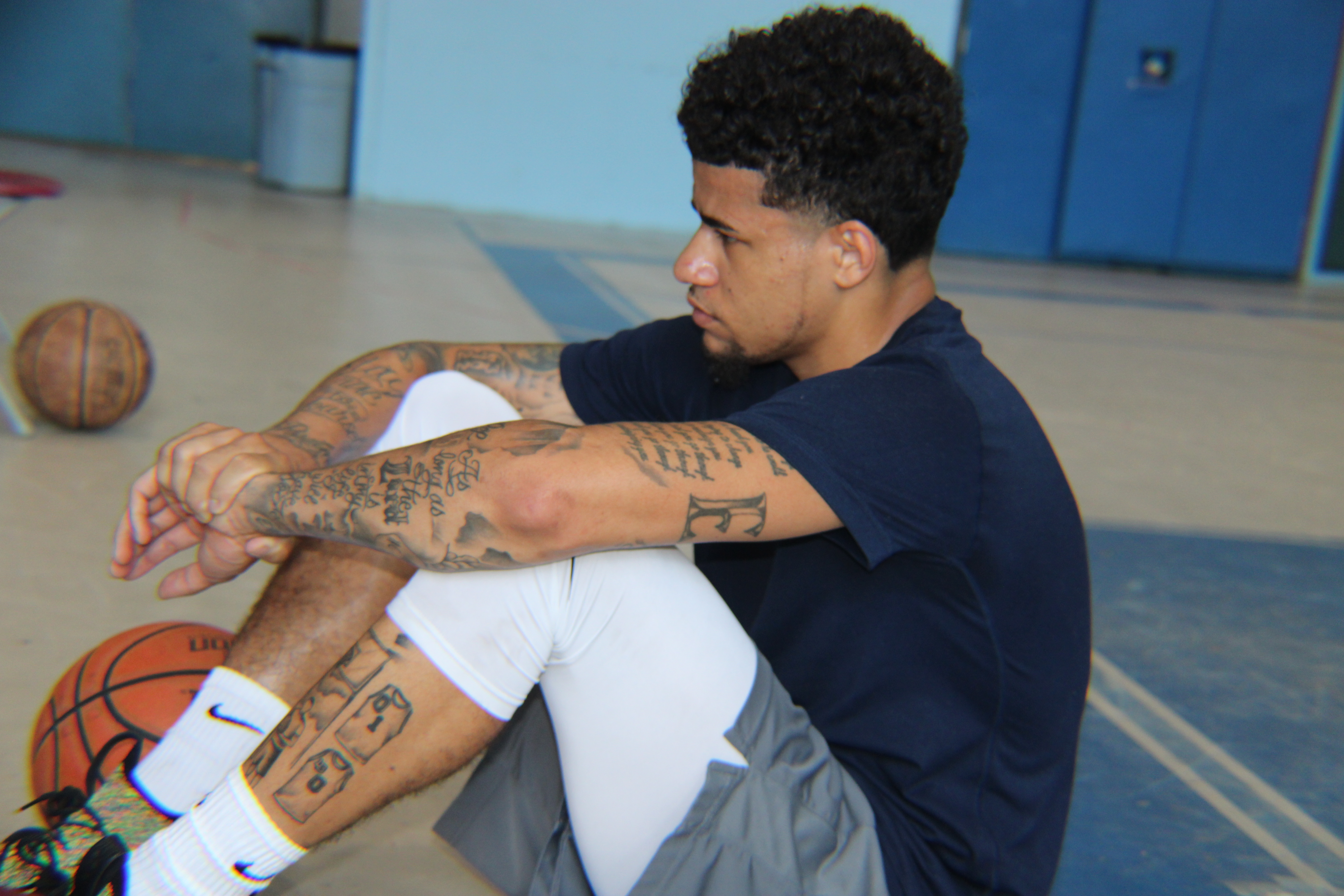 Edward Jones, a student athlete from Long Branch,NJ has overcome many feats but when it comes to basketball.  It has been one of his biggest feats yet.  Edward graduated from Long Branch High School in 2014.  He was afforded the opportunity to play on the team but unfortunately in his career he only played 2 games.  He scored 2 and 3 points respectively in each game.  Many students following their graduation would have steered into a different direction.  Edward enrolled himself into Ocean Community College, earned a spot on the team and never looked back.

Edward made the team but was still not playing much.  He did however go from playing 2 games his senior year in high school to playing 14 games in college with one start.  Edward continued to work on his craft and stay focused on his goals.  In his second year he played 25 games with 15 starts.  Edwards averages weren’t great but if you check his stats, you can see he worked hard when he was on the court.  Edward graduated with a associates degree in Marketing.  You might think after a couple years of community college he would be ready to hang up jersey and look for a job or maybe just consider other options.

I sat down with Edward and interviewed him regarding his experiences.

Blake: Now that you are at Delaware Valley, what are you plans of study?

Edward: I have my associates in marketing and now going for the bachelor’s in management.  Someday I want to start my own business.

Blake: Who are you most thankful for throughout your journey?

Edward: My father because he has always been there for me and one time when I wanted to quit, he didn’t allow it.  He told me to keep my faith and keep working hard, so I did.  Definitely want to thank my dad.

Blake: If you could send a message to a high school student athlete about their career what would it be?

Edward:  Keep working and don’t ever quit because it can all change in one year like it did for me.  Don’t ever get too high or too low when dealing with success or failure. In the classroom and the court.  Keep working.

Blake: Since basketball is your first love what do you like to do to relax?

Edward: I like to read and spend time with my friends.

Blake: What are you reading now?

Blake:  Now that you’re playing in a division 3 program are there any differences you notice coming from community college?

Edward: Yes, most definitely!  The coaching staff makes sure we are always prepared, and you get treated alot better, it feels like people care about you and there are more options to assist in the classroom which im very happy about. And the gym is always open for us gym rats!

Blake: If you could talk to your senior self in high school, would you believe your present self that you’re playing DIII ball! IF not why?

Edward: Absolutely not! I thought I had no shot at playing at the next level and it was a dream at that point.  But I knew I loved the game a lot and my body wasn’t mature so i had to put in the work to get to where I am today.

Edward spent some time with Findaballer and was able to get himself in better shape and improve his skillset.  Check out a short video where he describes his experiences with us.  Thanks Edward!

Sorry, no posts matched your criteria

Bar Mitzvah at the Heschel School Scroll to top