Who is Lauren Schad?

Born and raised in the Paha Sapa in Rapid city South Dakota. Lauren at 6’2″, earned her place as a professional athlete and activist.

Have you ever met someone who pitched college coaches as if they were VC’s? Well now you can say you know of someone, and her name is Lauren Schad. That’s what she did, she pitched them in person.

High School: Who is Lauren Schad?

Hi, my name’s Lauren Schad. That’s how she began every letter, with a simple introduction, and then she presented her vitals: I’m 6-foot-2, I’m a member of the Cheyenne River Sioux Tribe — her mom, Laura, taught her to always include this up high — and I play volleyball. I would love to play for you if you gave me an opportunity. Can I come down to a camp? And though she received countless “No’s”, she never gave up.

This is not your typical high school student athlete, and it’s evident to this very day. Lauren’s strength comes from a place many of us can’t begin to understand. Her pride runs deep in her blood, and this is what separates her from the rest.

Lauren attended Rapid City Central High School (South Dakota), she earned her varsity letter in volleyball 3 out of 4 years. Her versatility as an athlete saw her lettering in basketball and track.  For her senior year, Lauren led the state in hitting percentage, total blocks, blocks per game, and kills-per-game. She was recognized a few times for her athletic accomplishments. But her heart lies with raising awareness about her community.

Lauren is a member of the Cheyenne River Sioux Tribe. She actively reaches out to Native American communities in South Dakota and San Diego. Her outreach includes mentoring middle school girls, hosting games, and celebrations for the youth.

San Diego State University offered Lauren a full athletic scholarship, and they certainly got a great student athlete in return.  She was selected honorable mention as an AVCA All- American.   As a senior, she helped lead her team to a 24-6 record.   Lauren finished second on her team in kills and blocks.

Lauren graduated in 2017 from San Diego State University with a bachelor’s degree in anthropology. The NCAA recognized her efforts by awarding a nomination as Woman of the Year. She has been continuing her activism, mentorship, and community involvement. 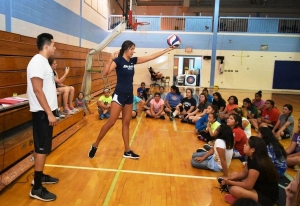 Lauren is working daily to raise awareness about violence towards indigenous women. Homicide is the third leading cause of death among Native girls and women aged 10 to 24, and the fifth leading cause of death for Native women aged 25 to 34. In the United States today, American Indian and Alaska Native (AI/AN) women are nearly 2.5x more likely to be sexually assaulted than women in the general population. 70% of these violent victimizations are committed by persons of a different race (Department of Justice). 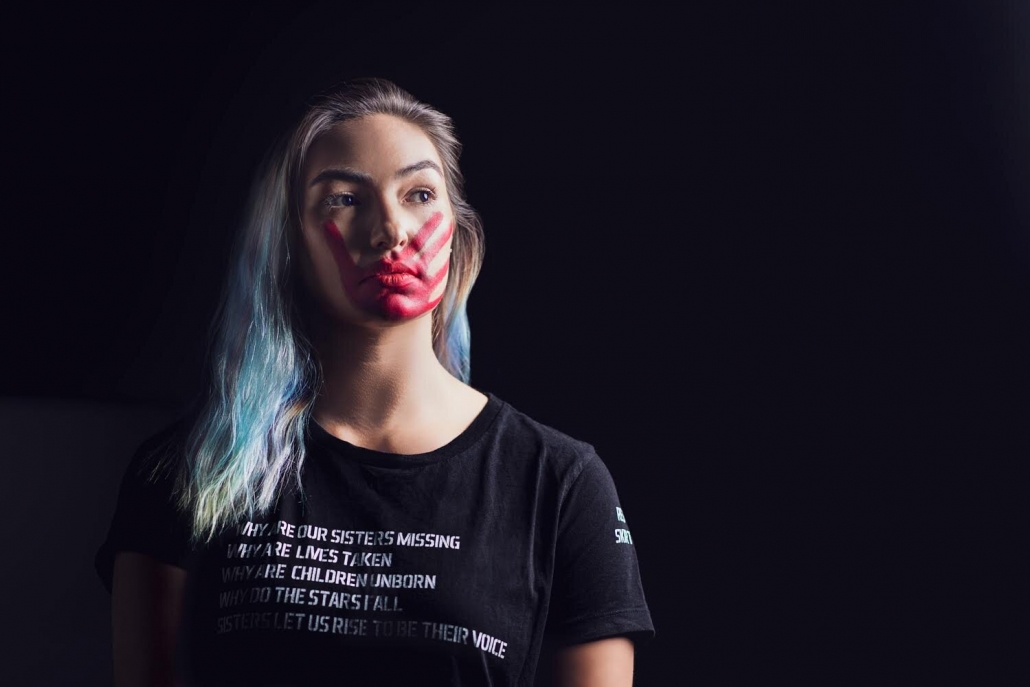 Lauren wants to make a statement, like Rosalie Fish, the fingers extending across her cheeks to honor the lives of missing and murdered indigenous women.

Lauren is currently playing out her professional volley ball career in France. She also continues her quest to be active in the community.

Lauren is one of three professional athletes selected to collaborate with Nike.  The core theme being representation within their indigenous culture.  They have created a line to reflect their personal heritage.  Professional lacrosse player, Lyle Thompson and NBA superstar Kyrie Irving were selected alongside Lauren.

Lauren is an N7 ambassador since 2018. She also currently performs at the pro A volleyball level in France, playing for Nantes. She truly is a real life Wonder Woman, so please take time to show love to this Hometown Athlete, and send your support her way. 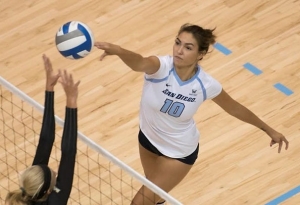 Who is Shohei “Sho Time” Ohtani

Who is Shelly Ann Fraser-Pryce
Scroll to top