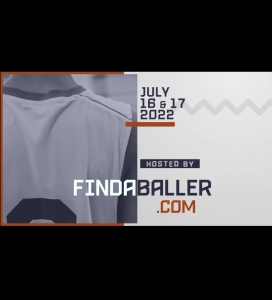 Findaballer has teamed up with Silver Spring Recreation to showcase the Summer Shakedown Basketball Tournament. We’ve partnered with this community center to bring a great co-ed learning experience for all kids. The event will be located at Pleasant View Park. Further more Pleasant View Park resides in Cumberland Valley County and is open to the public.

The tournament is open to 5th, 6th, 7th, and 8th graders of all genders. Anyone in these following grades can sign up as a team. Additionally, there will be a team limit of 5 persons per team. Here is the link to sign up to the Summer Shakedown Registration.

You can register here at Silver Spring Recreation website.  To learn more about Findaballer and see what we are doing in your area , go to Findaballer About Us

Summer Shakedown Basketball Tournament Games are in a result of 20 minutes (two 10-minute halves). Games are every 30 minutes, with each team playing a doubleheader each Saturday. In addition, there will be a 3-minute half time between periods.

Both courts will start on the horn, which will start the clock. In case of an injury on one half-court, the clock will stop, and play will stop on the other half-court until the game resumes. Subsequently, both teams will resume play at the same time. In conclusion the clock does not stop (except on injuries), and there are no timeouts permitted.

There will be no overtime. If the score is tied at the end of the second half, the game will end by shooting foul shots.

The summer shakedown tournament will operate in a modified environment because of Covid-19. This is also for the safety of the players, referees, parents, and spectators.  All State-guidelines and mandates will be adhered to (realizing the fluid environment for guidelines changing). Because of the CDC youth sports guidelines, we will additionally utilize safety protocols.

The Summer Shakedown Basketball Tournament will permit the personnel in and on the basketball courts. And this includes players, coaches, and volunteers helping.

MASKS ARE OPTIONAL for everyone (while outside)

A player is to only use their own water bottle, which is to be marked with their name.

Disinfecting wipes are to be used regularly after each game on basketballs, and hands.

Who Is Garnett Thompson?

Who Is Victor “Durant 2.0” Wembanyama
Scroll to top