Who Is Brendan Barry

Brendan Barry is a New Jersey boy with a passion to win and the work ethic to stand out. Mr. Barry has plenty of accolades to back him up, and now he’s looking to prove himself again.

He earned it all.

Brendan Barry may look like your typical Jersey Shore beach loving guy, but he’ll calmly drop buckets on you without smiling. This Jersey boy was always ready to play, and he would eventually show it at the collegiate level. Brendan’s journey started down by the shore where he set a career scoring record at Rumson-Fair Haven High School with 1,812 points as a four-year letter winner and two-year captain.

The “Quiet Storm”, as we like to call him also produced 431 assists, 306 rebounds, 277 three-pointers and 258 steals, and as a senior. This earned him first-team all-state honors from USA Today while averaging 25.7 points, 4.3 assists and 2.1 steals per game. Mr. Barry wasn’t done yet, he was a 2016 Gatorade Player of the Year Nominee and McDonald’s All-America Nominee while also setting  his school’s single-game scoring record with 50 points. His senior year performances were set up by being named the Asbury Park Press Player of the Year as a junior, helping his team post a record of 24-5 and a Shore Conference Tournament championship.

Brendan would go on to sign with the Big Green at Dartmouth College where he continued to grow as a player. Each year saw him improve on his game play and decision making in the Ivy League, eventually leading him to have a breakout game against Boston University his junior year. 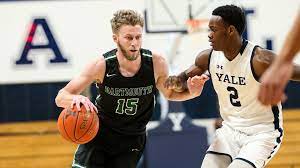 Brendan would tally 31 points in a game that saw his confidence shine through the way it did in high school. His sophomore year showed glimpses of being great when he became the first Big Green player to tally more than 100 assists in one season in over 16 years. Brendan was never only a scorer, he is an unselfish player and that’s why teammates love playing alongside him. The Quiet Storm went on to be the  A.D. “Dolly” Stark Award winner as the Big Green’s MVP his junior year basically setting the league on notice.

Always give back when you can.

It’s About Giving Back

Mr. Barry is aggressive and almost unguardable on the court, but he’s one of the nicest guys you’ll meet off it.  He was a volunteer for the Randy Foye Foundation throughout high school, and would always lend a hand to a teammate or the youth every summer. This character made him a hometown favorite, and a great teammate. 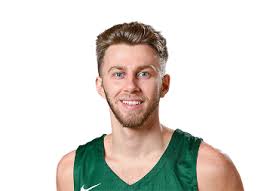 The Challenge Is On

Brendan Barry is making waves and plays as he’s currently a Temple Owl. This is a major move and one that can bring him directly into the spotlight on a team that is loaded with talent. They play against some of the biggest names in college basketball, and that’s an opportunity Brenden lives for. This is his final year to show the world who Brendan the  “Quiet Storm” Barry is and why he will carry the Barry torch. So wish this Hometown Athlete good luck this season and be sure to check out his highlights, we’re sure he’ll have many more to come. 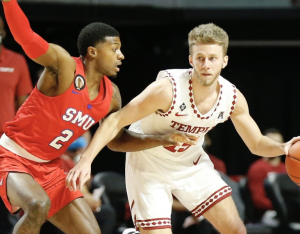 After playing for Temple University as a graduate transfer last winter, Brendan Barry was able to return to Dartmouth for one final season. Barry embraced his chance to play at a high level for Temple and even playing against Houston a Final Four team. But obstacles are hard to overcome in a short time, and his heart remained with the Big Green.

“I thought never in a million years that they’d pass this rule about grad students, and then that they’d actually allow me to come back when they passed that rule,” Barry stated. “There was zero thought in my head that I’d ever be back here playing.” 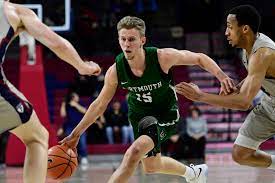 We’re happy to see him shine and loving ever minute of it. Just recently against Harvard, Barry set the Dartmouth school record for 3 pointers hitting 244 threes for Big Green. 244 is a special number and so is number 15 in our book. Best of Luck to Brendan, and we’ll be watching overseas, or wherever you decide to play.

Who is Shelly Ann Fraser-Pryce