Who is Chris “Lethal Shooter” Matthews

Many don’t know him by his government name, but most recognize the “aka”. Chris Mathews aka “Lethal Shooter” is the prime example of never giving up your dreams, but knowing when to readjust your target.

Just another kid from DC with a dream.

A Kid From DC

Growing up in Washington D.C. Chris Matthews had one goal. It was a familiar one, to play in the NBA. He was always on the scene, locked and loaded throughout his high school career. Mr. Mathews spent his high school years at the National Christian Academy in Fort Washington. His team managed to capture the Beltway League championship during his junior year. More over Chris was always a leader and a team player. This showed when he was named team captain as a senior. He helped lead the team to an impressive 27-3 record, and second-straight Beltway League championship.

Eventually Mr. Mathews would find himself at the Lutheran Christian Academy in Philadelphia. Success followed Chris again, and the team finished 35-3 and ranked as the No.5 prep school in the nation. Chris averaged 13.0 points per game, shot 53 percent from the field, 86 percent from the line, and 51 percent from three-point range . Numbers like these earned him a McDonald’s All-America nominee. 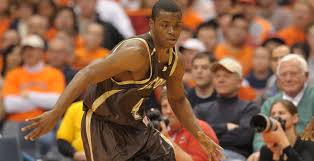 Chris would go on to sign with Washington State University ,where he would begin his journey for the NBA rat race. His time at Washington State was a bumpy one. Consequently he never really seemed to find his rhythm, and everyone knows rhythm is everything to shooters. After two years he was back on the east coast and finding his rhythm at last. His new school St. Bonaventure University saw him averaging 13 points a game. He made 81 three pointers his first year in. As a result this was good enough to put him 4th all time in the A10 Conference for most made in a single season.

In conclusion Mr. Mathews was back and he was again making shots. He aimed, he fired, and he hit as usual and now he’s training the greatest players in the world.

Giving kids something to aim for

The “Lethal Shooter” spent seven years overseas before hanging it up due to many injuries which held him back, but never stopped him. We love his abilities, but above all we love what he does even more. In his own words, he does what we advocate,“GiveBack”. 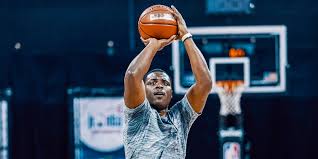 “Throughout my journey, I’ve met a lot of people who have inspired me to stay focused and maintain sight of my goals and dreams. I do a lot of camps and try to give back when I can, because you truly never know how much you might inspire those kids. Even if it’s just one kid whose life I can impact during a camp, that is one more kid who I hope will stay in school, make good decisions and achieve their goals in life. I am finally in a position to give back, and that will always be a big priority for me.” – Chris Mathews

A shooting Star, training the Stars.

He’s trained Celebrities, and some of the NBA and WNBA’s best players and shooters. His future is clearly bright like the gym lights. 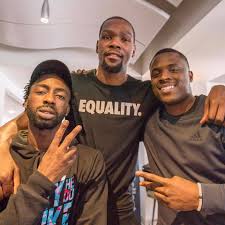 Lethal Shooter Chris Mathews is the prime example of a dream deferred. But success was still in the palm of his shooting hand. Join us in thanking and wishing Mr. Mathews good luck. And feel free to follow him and his teachings on IG @lethalshooter, he always has a few Gems for you.

Who Is Zion “No Excuses” Clark

Who Is Desi “Mr. Crafty” Washington?
Scroll to top