Findaballer was afforded the opportunity to provide coverage for the 7th grade division for the 6th annual basketball spotlight tournament. There were almost 100 games played with skill competitions, training, coaching sessions, and interview sessions.  We were able to cover but a portion of the tournament held at Sportika in Freehold, NJ.   This tournament spans from 5th-9th grade and going into its 6th successful year.

The Sportika facility spans 170,000 square feet and features one of the largest indoor turf fields in New Jersey and holds 7 full high school regulation basketball courts and 4 futsal/volleyball courts.  On the night of August 24th, all 7 basketball courts were packed with play along with the follow day. The kids played literally until fatigue clearly set in.  Players traveled from as far as Washington Dc to compete in this tournament.  You could see the skill set from some of the young players and it was impressive to say the least. 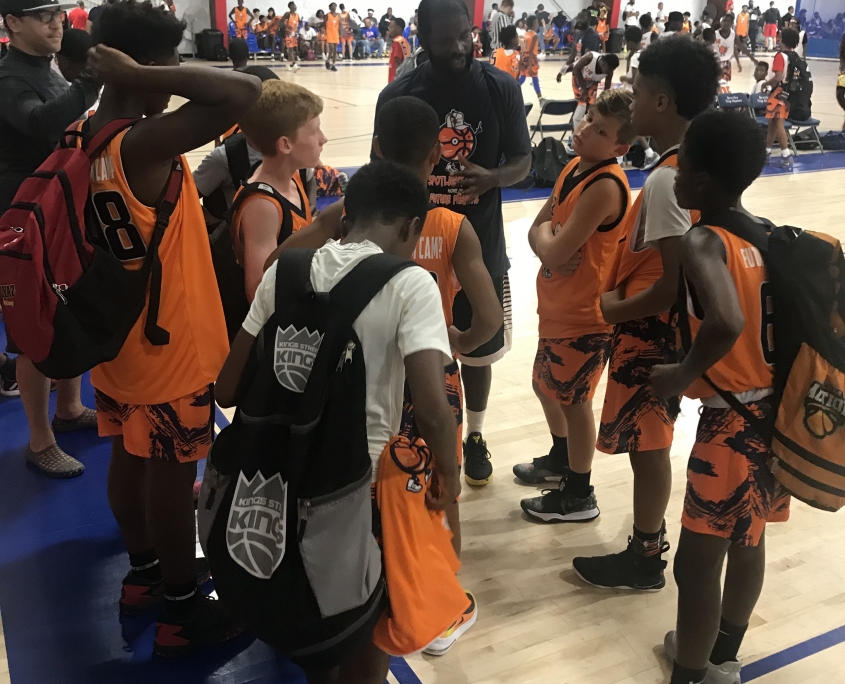 Team Purdue with Coach Austin Whitehurst as they prepare for their next match up.

Findaballer was tasked to provide highlight videos for the 7th grade division.  Marquis Mitchell, aka Quisy Shot It, assisted with shooting and editing the videos.  You can check out the videos below. Marquis, better known as Quisy, is an up-and-coming videographer in the new jersey area.  After several hours, of shooting and editing over the weekend we were able to put together 10+ videos on the various skilled youth players in the tournament. 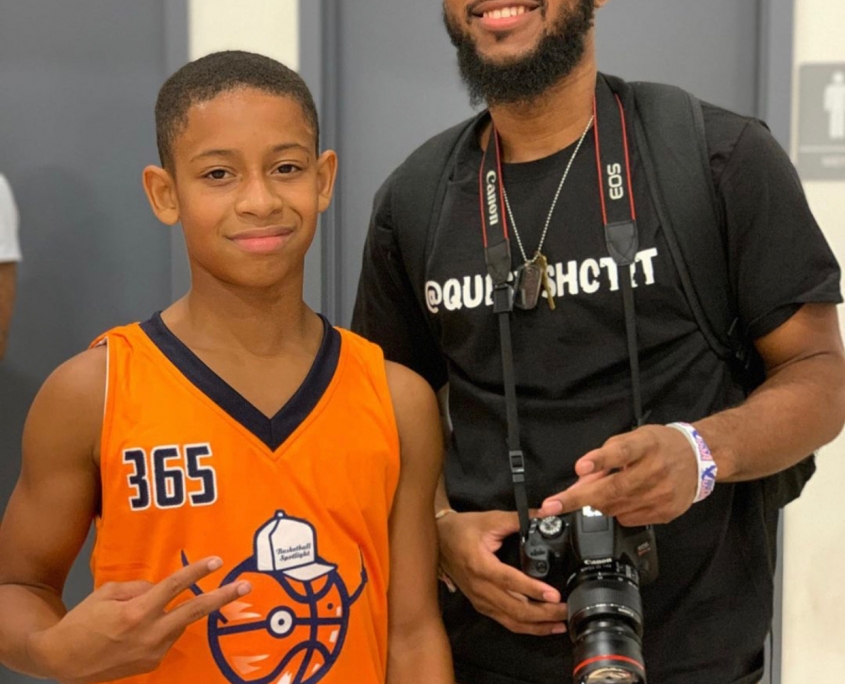 Quisy Shot It Inc, posing with K’emari Cooper (Class of 2025)

Interested in upcoming events for your child to get more exposure? Click here for future dates. The most recent tournament starts as early as December!

You can check out the highlights below.

Justin Robinson, in PRO A France